The versatile Henley Shirt has deep roots in the history of menswear. Yet, it would be unwise to limit Henley’s legacy to its humble origins in 19th century Britain. Since then, it has climbed through the layers of menswear not just because of its sheer versatility but also, boasting a flattering design that has seen the best-dressed names in pop culture fawn over.

From Daniel Craig, playing the iconic 007, with a plain white Henley Shirt headlining his tactical outfit in No Time to Die to pop icon Kanye West appearing his casual best on Jimmy Kimmel Live, there isn’t another shirt that can be worn in as many ingenious ways. Look closer home and the Khans, the Kapoors and the Roshan have all sported the Henley to balance their buffed up, seriously macho build with a casual, boy next door image. Simply put, a Henley Shirt is where comfort meets style. And vice versa. 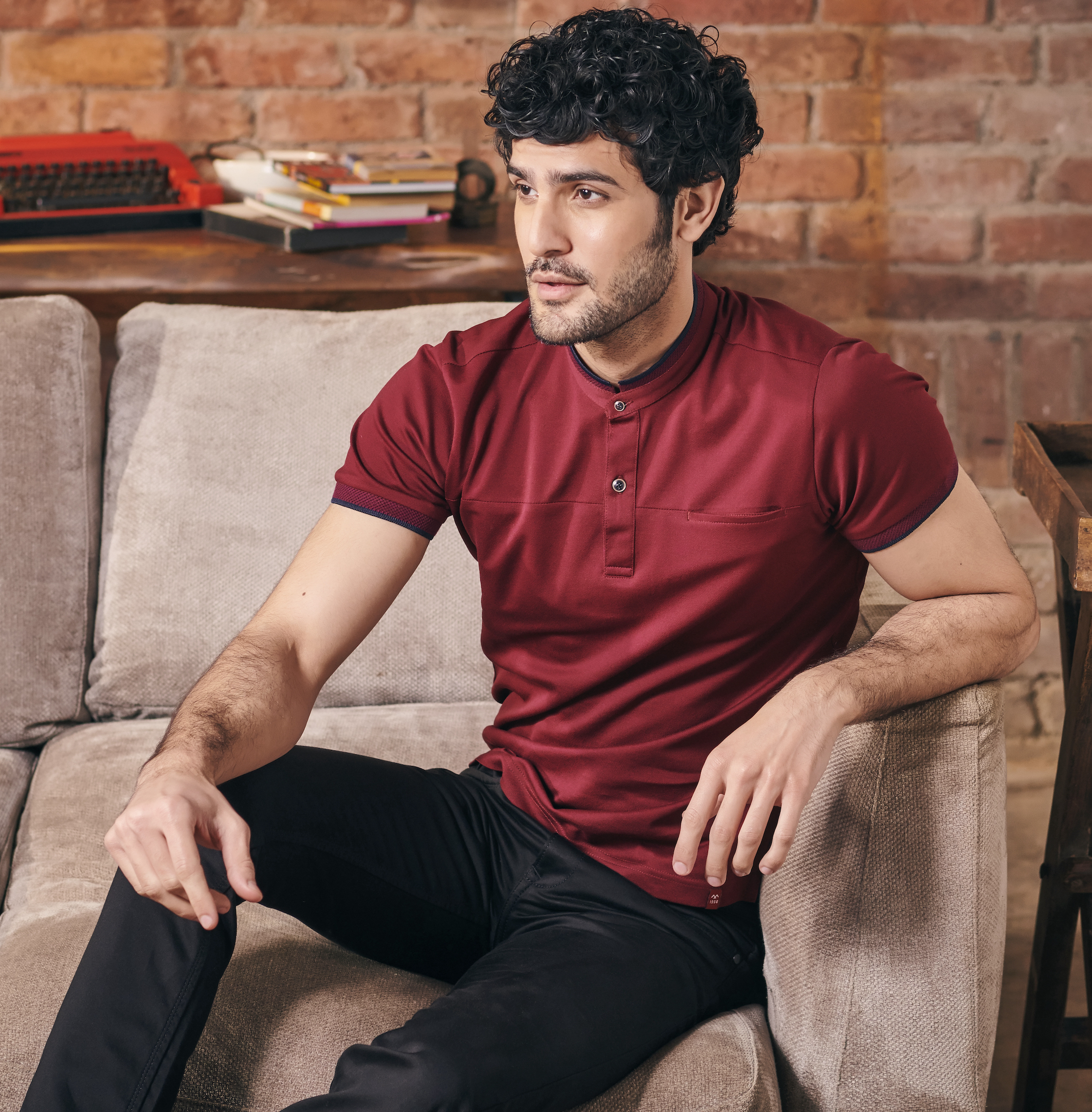 If your wardrobe is all tees and with a plain white Henley Shirt headlining his, we recommend you make space for the Henley to fill the fashion gap between casual and dressed up. It’s neither pretentious nor too casual. It’s just straightforward comfortable. Intrigued? Your best-looking tee might just be a henley.

Cut from cotton, this flat knit Henley from Mufti offers peak comfort without compromising on durability or style. Keep an eye out for the signature raw edge detailing and the perfectly sized pocket for an elevated style on an otherwise casual style. 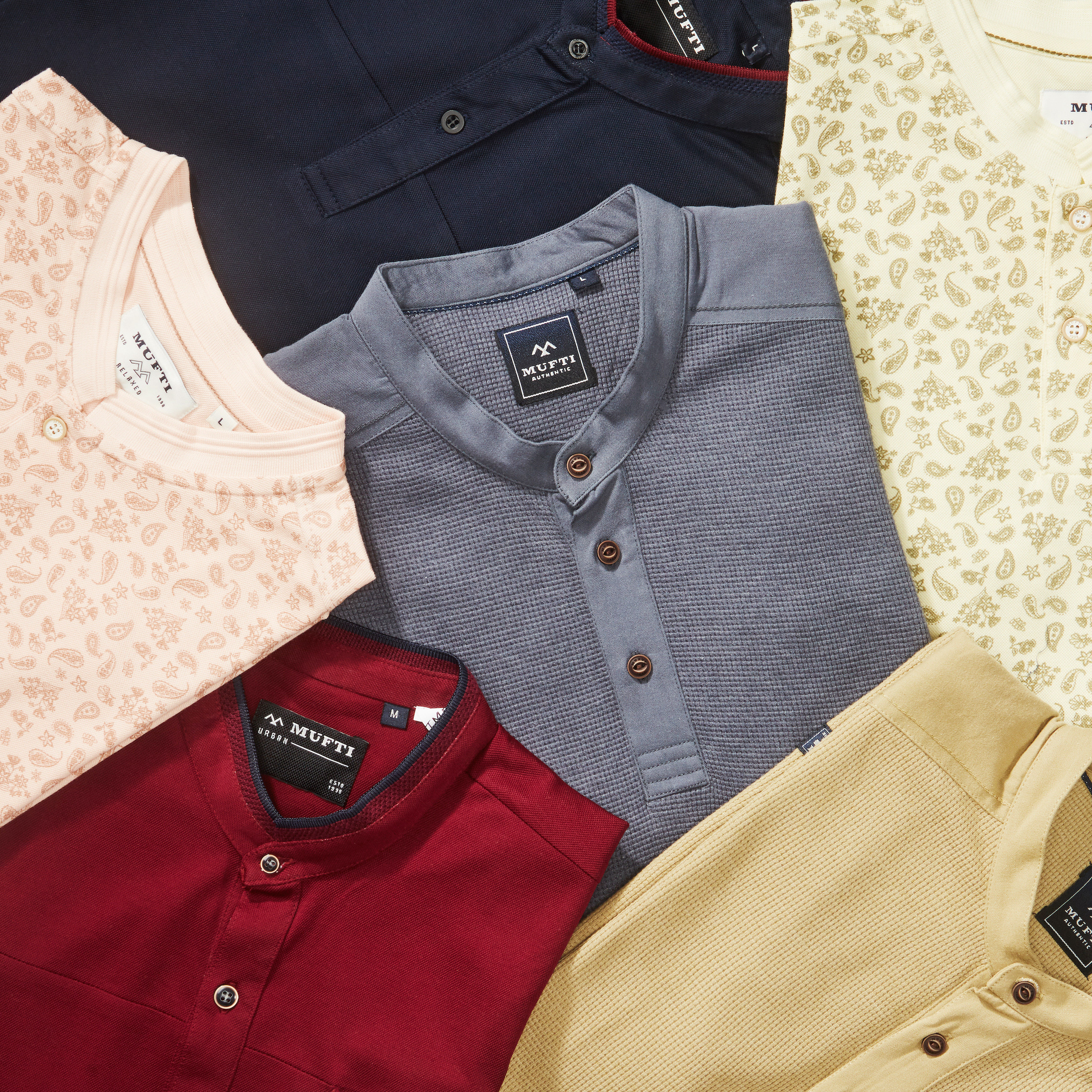 A classic knit Henley for a military-inspired look for the Mufti Man. Available in Black and Olive, the shirt invokes the looks’ historic association with U.S. Military and all things rugged and macho.

A nautical-inspired take fit for the Indian summer. This short-sleeved Henley is ideal for a day out in the sun or rocking it at the office. If you are someone who appreciates the little details, you will love the addition of a cut-n-sew panel with a hidden pocket only you know about. 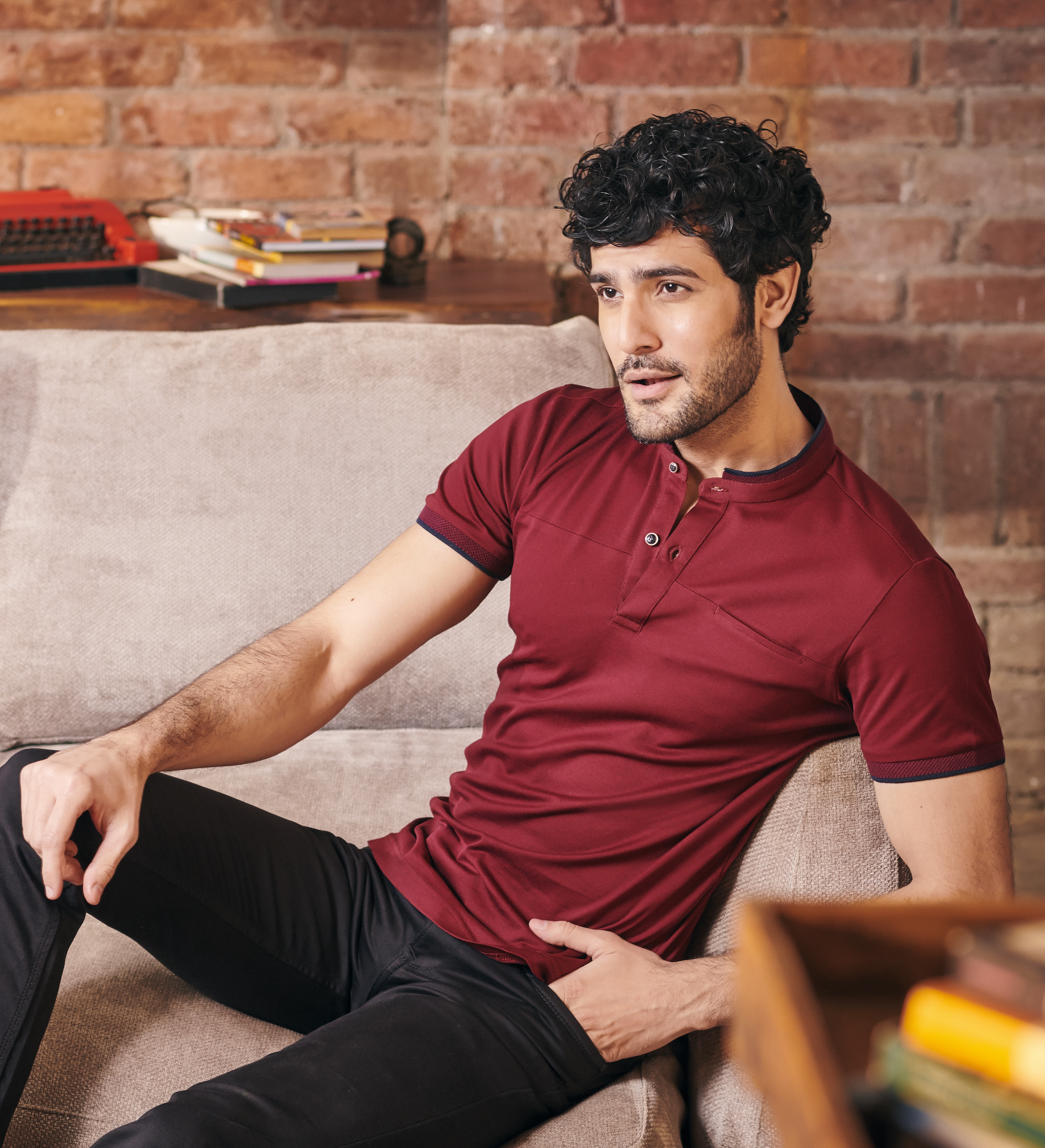