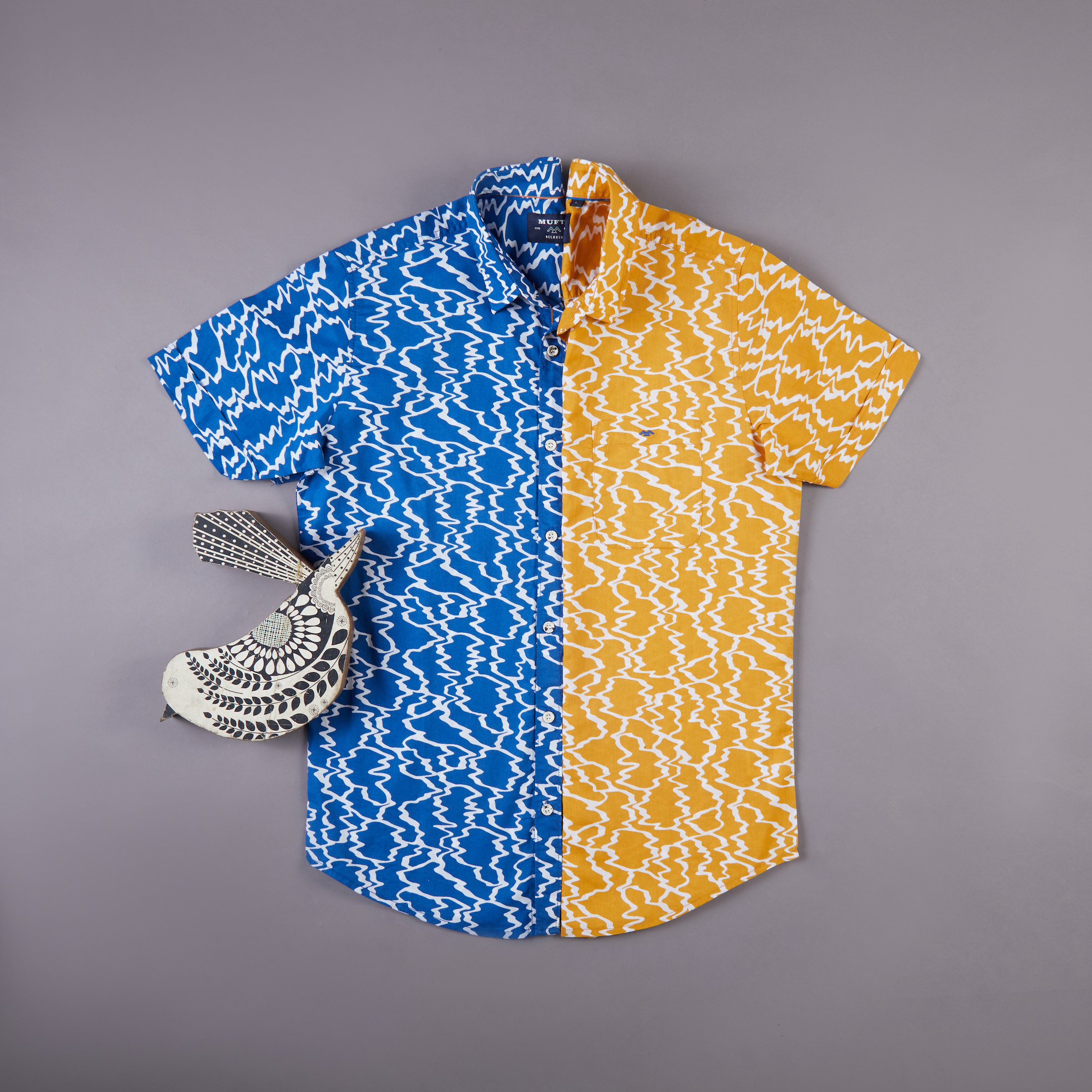 “…Tell her to make me a cambric shirt,

Without any seam or needlework,

And then she’ll be a true love of mine…”

The Cambric Shirt is one of the many great British ballads chronicled in the late 19th century that tells the story of a young man who requests impossible tasks from his lover, saying that if she can perform them, he will take her back. In return, she requests impossible things of him, saying she will perform her tasks when he performs his. Through most of the medieval centuries and right up till the late 19th century, the ballad remained largely unrecognized with the exception of small regional fairs across Great Britain, much like the cambric fabric itself. However, it was the legendary Paul Simon and Art Garfunkel who shot new life and worldwide popularity into this otherwise forgotten folk song when they recorded Scarborough Fair as a soundtrack for The Graduate. This summer, we at Mufti dream to recreate the magic of Simon and Garfunkel but one that is focused on the cambric – breathing new life into this otherwise forgotten fabric and making it an indispensable outfit in your wardrobe. 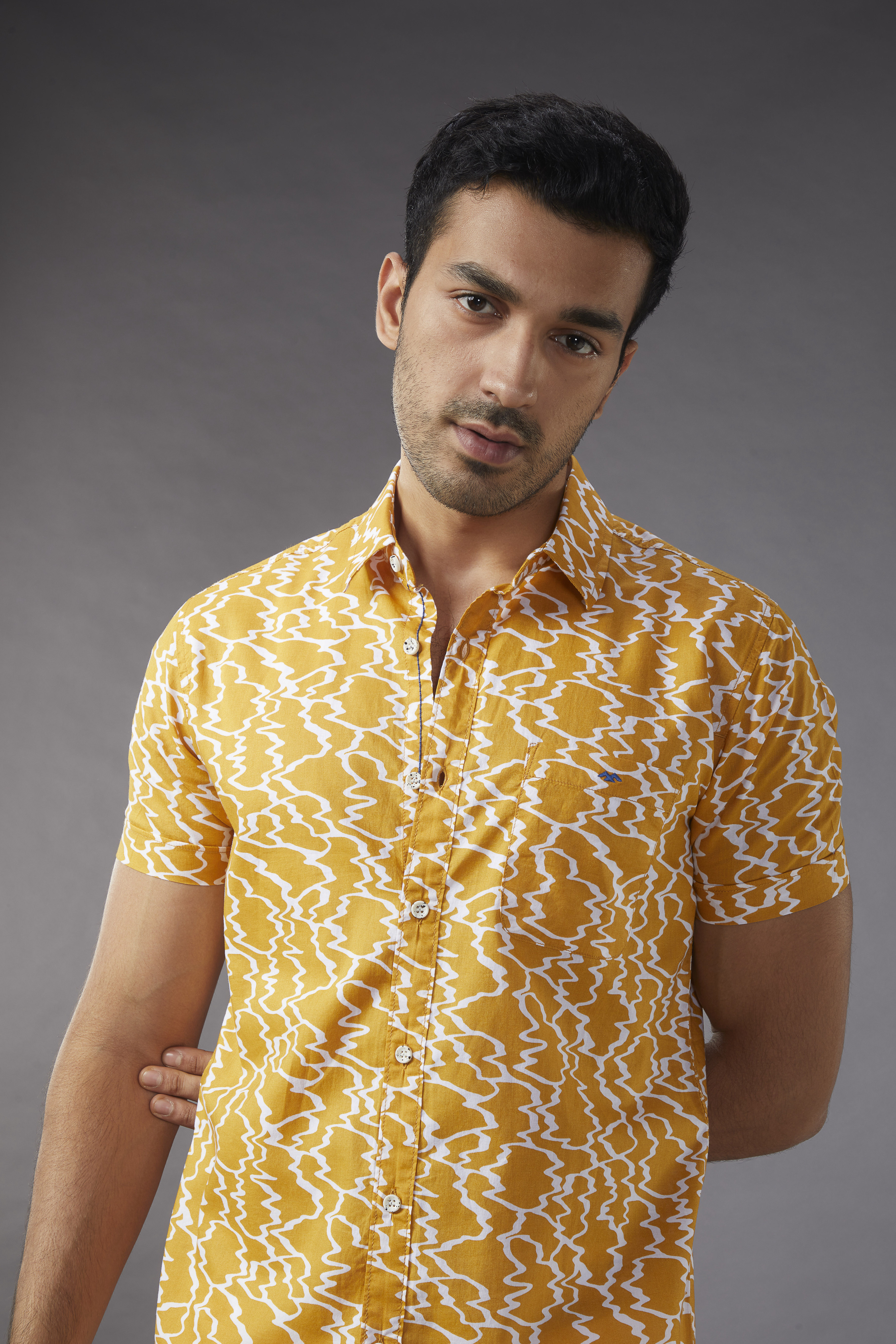 It may sound British, but the cambric finds its origins in the little-known town of Cambrai in France. First manufactured by a native weaver named Jean Baptiste Chambray, this woven and lightweight linen fabric made from pure cotton is said to have originated as early as the 13th century. Unlike other fabrics, cambric is made from a tight weave that involves the weaving of twisted, short and raw linen or cotton fibres. The woven fabric is then treated with a traditional heat technique that tightens the fibres and lends cambric its characteristic stiffness and a glossy appearance.

Mufti lightweight cambric casual shirt embodies all attributes of a true men’s summer shirt. Cut from cotton – the subcontinent’s go-to fabric for the sweltering heat, this relaxed casual shirt is the perfect option for when you want to kick back with ease. The ripple print in dashing shades of blue and yellow complements the glossy sheen of the cambric for a shirt that will make you stand out in a crowd. Whether you pair it with a pair of joggers or your favourite shorts, this Mufti lightweight cambric casual shirt renders every ensemble into a summer outfit instantly. 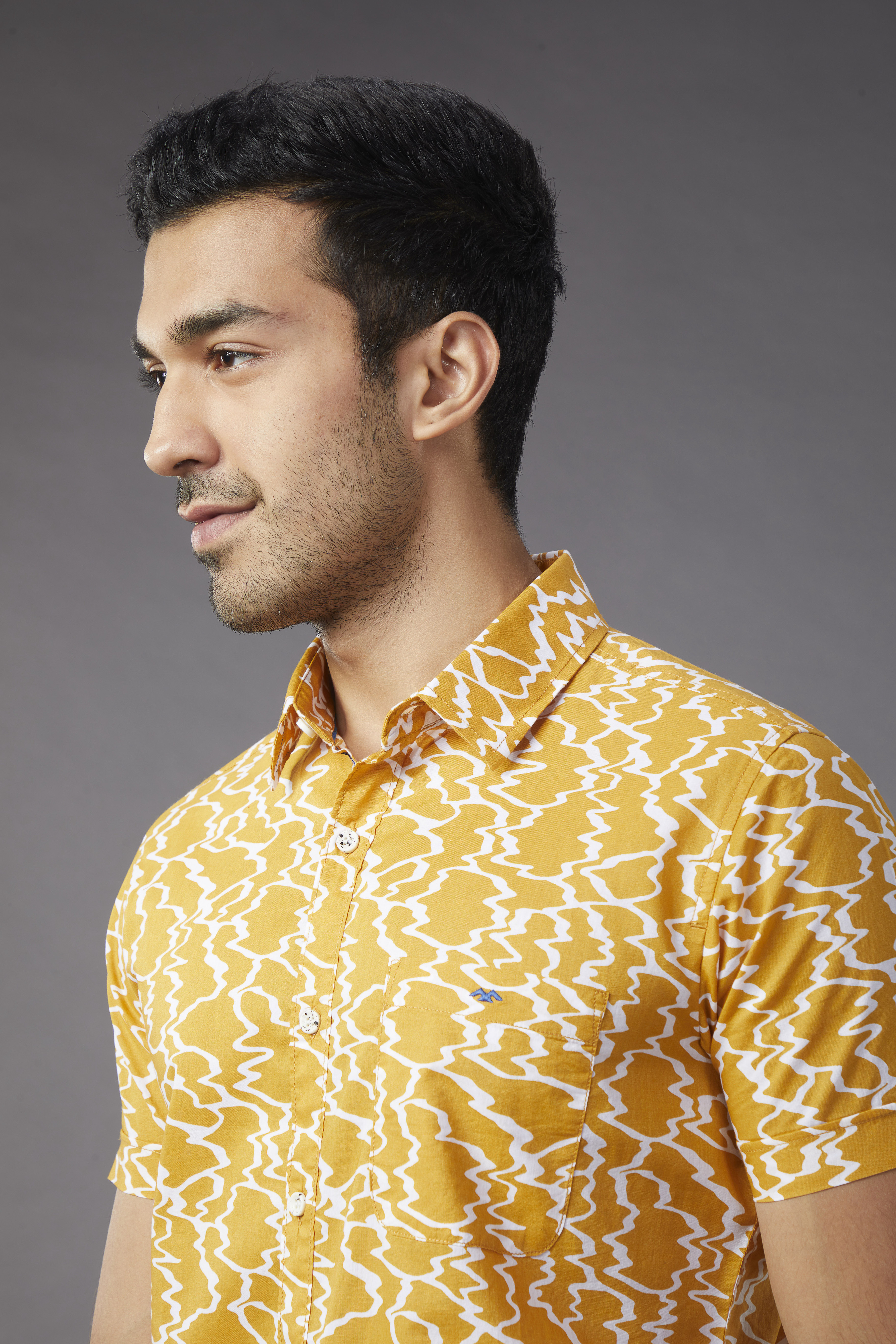