Royalty. Rebellion. Resurgence. The iconic motif of Paisley, with its distinct swirling pattern, has constantly re-emerged throughout its long and varied history to make a bold statement in fashion. While the origins of the print itself are undefined – somewhere between modern day Iran and Northern India, the first use of the pattern is unquestionably Indian in origin. Kashmiri shawls with the recognisable motif emerged as early as the 11th century before travelling west, to Europe, along the iconic Silk Route, before taking the continent by storm. 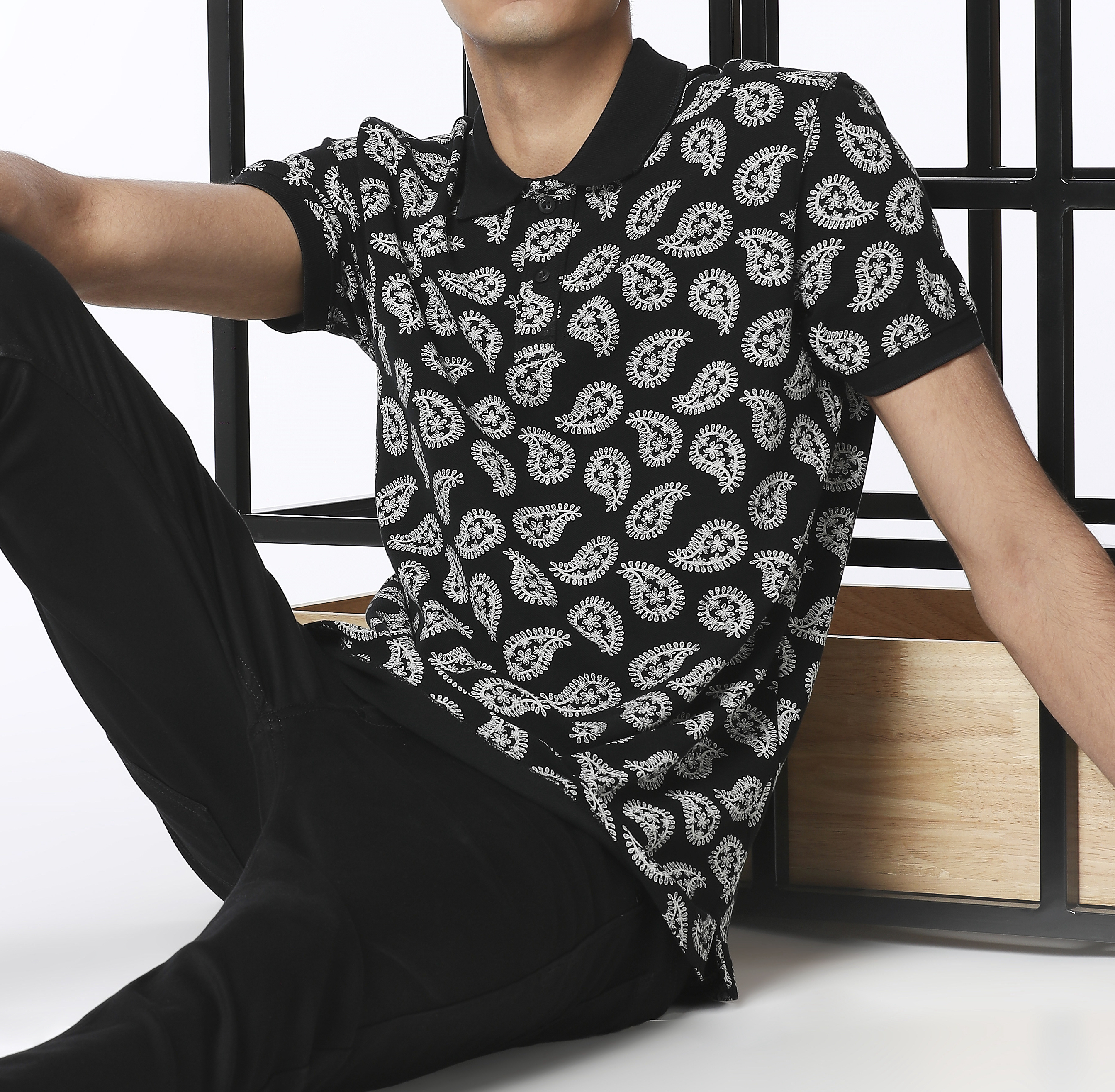 In the first half of the 18th century, the Paisley Shawl was already the ‘must-have’ accessory for anyone of notable importance in Britain. It became synonymous with all things royalty and the finest amongst them would cost the same as a London townhouse. One can only imagine the relief of an intricate Paisley pattern, in evocative colours and woven in precious cashmere, in a world of dull and grey Victorian skies. The association of this exquisite textile pattern with royalty has continued through the centuries – traces of which have lingered on through the centuries in suit and jacket linings, coat undercollars, neckties and pocket squares. Mufti Paisley printed polos are an ode to this heritage of the iconic print, in a vibrant, bold maroon, to add elegance to your wardrobe just like Paisley Shawls of erstwhile. 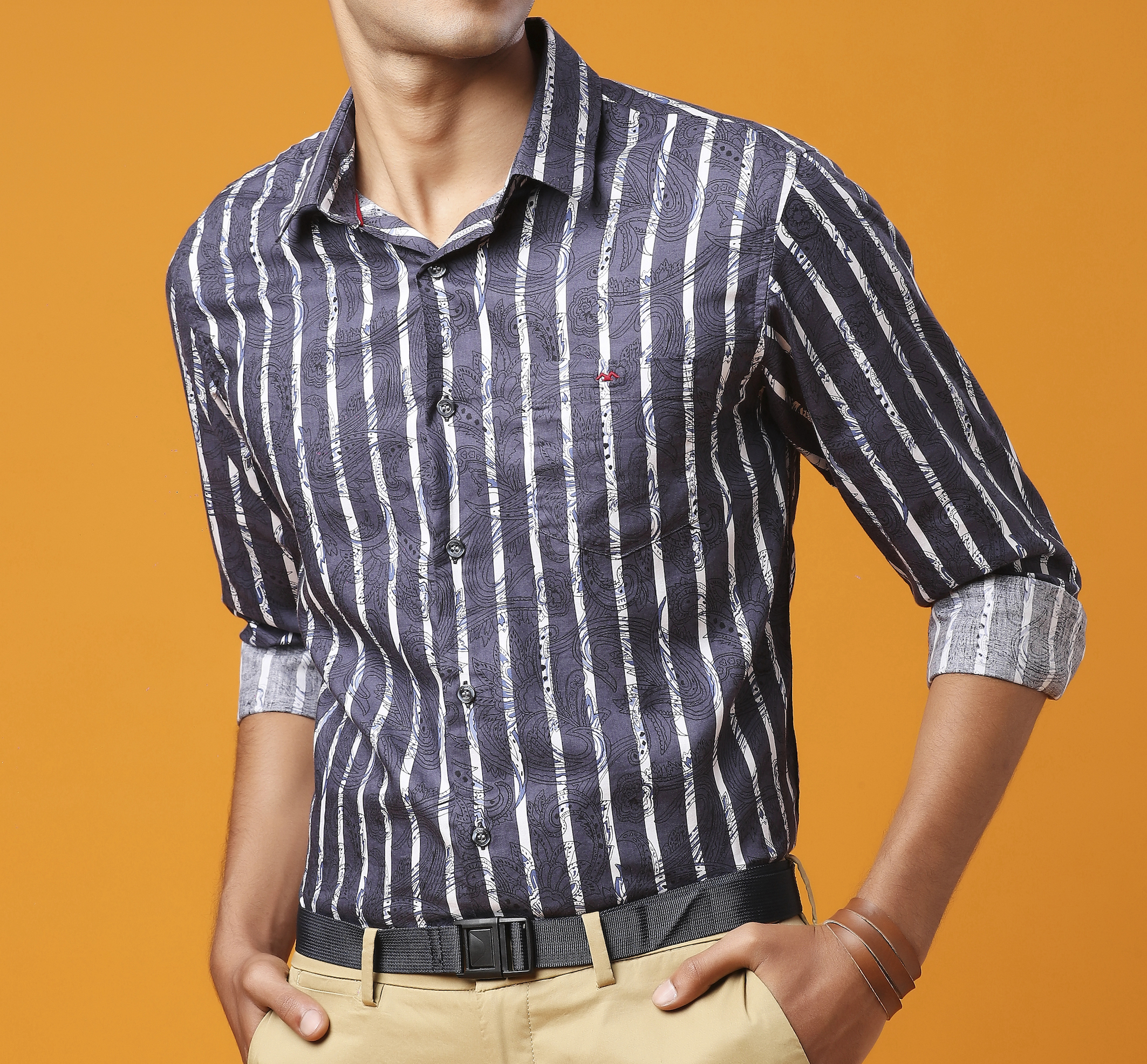 Skip forward a decade later, the roaring sixties, a hippy era full of rock n roll, swagger and swing. It was our beloved Paisley, with its bohemian aura, ready to usher in the era with its flamboyant connotations and an eastern (well… Indian) connection. From David Bowie and Prince to Jimi Hendrix and Mick Jagger – the biggest icons of music and culture of the time turned to the swirling Paisley motif to make a statement of non-conformity and rebellion. Lastly, it was The Beatles, influenced by a cultural immersion in India, who made the Paisley emblematic of the era and exploded back into vogue. The band was Paisley mad – so much so that John Lennon had his Rolls-Royce painted in the pattern. Mufti’s Paisley Printed Shirts are tailored for a contemporary twist. Whether you opt for a bright coloured tee or something softer in a pastel shirt, the intricate Paisley pattern is sure to add a sartorial flair to your wardrobe.

For us at Mufti, this heritage of the Paisley trickles down to our apparel, providing a perennial inspiration of both – belonging and distinction weaved together in the same fabric. Paisley pushes the envelope. It lets the Mufti Man say “Notice Me” while being silently backed by a global cultural phenomenon and deeply rooted in Indian history. 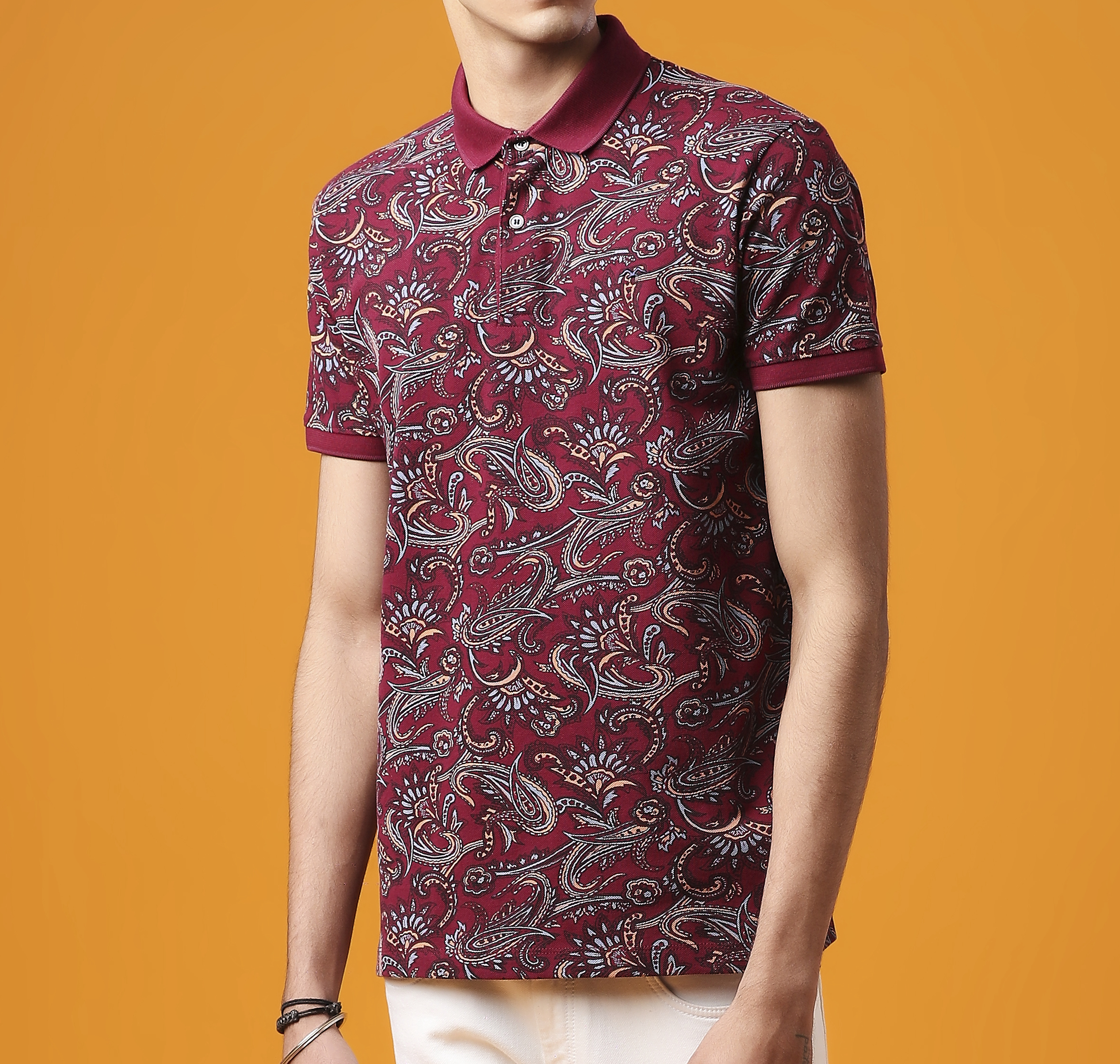